Posted on December 5, 2012 | Comments Off on RIP Dave Brubeck 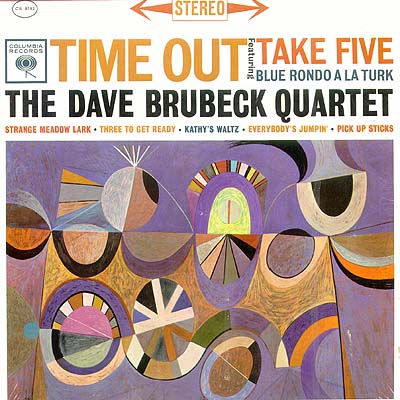 News just in that Dave Brubeck passed away at 91

My first exposure to the music I came to know as “jazz” was listening to my dad’s Dave Brubeck records.  I listened to them side-by-side with the soundtrack to South Pacific, Bill Cosby, Bluegrass, 60’s folkies, Bird with Strings, Jimmy Smith, etc… basically rummaging through my parent’s vinyl collection and taking it all in without much idea that it was all different.  And far from schlocky white-boy jazz, that Brubeck band with Joe Morello, Paul Desmond and Eugene Wright was fantastic.  Their work still holds up extremely well today.  I later learned that Dave Brubeck was pushing his idea that there was a frontier of modern music to be approached via rhythmic devices, as opposed to purely melodic/harmonic routes.  So you have all these Brubeck records with textbook examples of “odd meter” jazz, the most famous of which is Take Five.  Extra Credit: Most folks forget that Take Five has a killer drum sola in addition to that stunningly beautiful melody.  In a large way it was Dave Brubeck that set me up to be not the least bit disturbed by the rhythmic gymnastics of Frank Zappa, and his guiding light Edgard Varese, and Monk, and Cage, and Mingus, and Charles Ives, and a seemingly endless list of rhythmically interesting musicians and composers.  He truly did succeed at putting the time signature into the toolbox of modern 20th century music.  Listen to something as seemingly unrelated as Sting’s album “Mercury Falling” for a modern example.

Dave Brubeck continued to make new and interesting music, often with his sons, and for no less reason than his failure to engage in faddish behavior, was often disregarded by modern jazz listeners.  I could say that it wasn’t fair, but that isn’t true.  The important part is knowing who you are and what you want to do, and to my knowledge Brubeck never wavered in his direction.  He was nobody but Dave Brubeck, ever.  RIP, Man.  You Rocked The Place.