How big is Micro-Four-Thirds?

I began to share my experiences with my Olympus OM-D E-M10 in two previous posts. The transitions from my Nikon APS-C gear has been a mixed bag. Technically it has been fairly easy. Artistically it has been more challenging.

My expectation was that the steepest part of the learning curve would be adapting my Nikon routine to a new system. And sure, the Olympus menu system is different, and in some ways more complicated/arcane. That turned out to be  a one time thing. How often do you really rework your everyday settings? For me, not often. I now know the Olympus menus well enough to get what I need most of the time. I have been thrown off a few times but once you remember that all the time/bulb/comp modes are in the manual shutter settings it solves most of those problems too.

The real joyride has been artistic, with a side of camera capability. The photos from the Olympus have a different look. The exposure curve is different. It does not demand a maniacal devotion to underexposure the way the Nikon does. I don’t think I ever intentionally used a positive exposure compensation on the Nikon. That would be suicide in anything other than deep overcast conditions. You would be asking for a world of blown highlights.

Conversely the Olympus seems to have broader latitude, and a more accurate matrix metering system. There is a caveat: areas of high tone seem to block up without being clipped. If I am shooting an area of white, like clouds or sea foam, the image will lose detail in that bright zone. 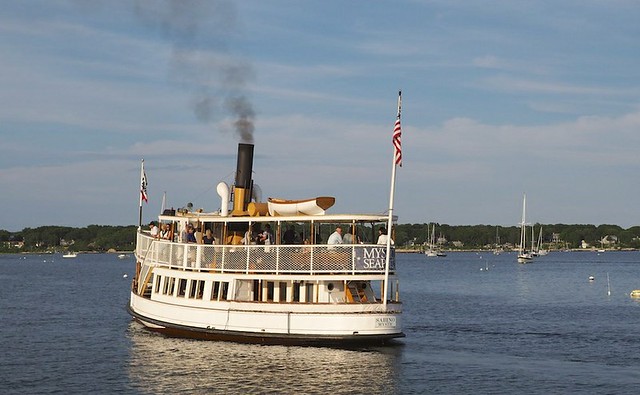 Here is a photo of the steamboat Sabino. The image is not overexposed, but the chine of the hull is lacking detail. It doesn’t look awful, but it does lack depth. This would not have happened with my D300.

On the other hand, I took a few images at an indoor farm market, under mixed lighting, where I was not expecting much and the result is: 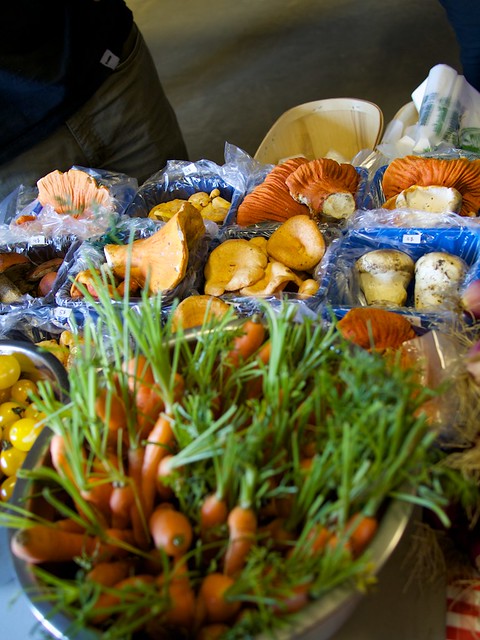 Beautifully saturated colors and crisp detail, without having to resort to much in the way of post-processing. That is the kind of image that has kept my D300 in the bag.

The difference between my two systems reminds me of the differences between color print films, or color transparency films. You liked Kodak, or Fuji. You probably did not like both. With DSLR you probably fall in with Nikon or Canon. I think of Nikon as Kodak and Canon as Fuji. You get more pop and saturation out of the Canon. You get a warmer, natural image out of the Nikon. If that is the case, then the Olympus is leaning more toward Canon. The images out of the camera look amazing. Sure, the M43 systems give up some resolution, and the images seem a little noisier. But the combination of the glass, sensor and firmware combines to generate some extremely pleasing images.

Speaking of glass, I sprung for a Panasonic 20mm f/1.7 pancake lens and it is very nice. Sure, the automatic focus can be glacial, and the manual focus control feels like a greasy zoom control. However, the images are very good, very flat (in terms of distortion) and the focus speed only becomes an issue in low light. In combination with the OM-D it is a lot like shooting with my old Oly 35SP rangefinder: light, fast, crisp, and easy. What it leaves me wanting is a real old-school manual focus control, and having the aperture on the lens barrel would be cool too. At least I know what I want out of my next fast prime.